How does CryptoCrash technology work?

Many of you know that there are two approaches to deleting files: you can either do it in a fast and unreliable way or go slowly but safely. The removal of data in a flash can erase dozens of Gb, but it has one huge disadvantage: it can be just as easily recovered.

The reliable deletion of data takes time as it requires a drastically different approach and, as a result, manages to erase it to an unrecoverable state. You can delete a 100 Mb file securely, but the deletion of 1 Gb will take you a considerable amount of time, while the reliable deletion of dozens or hundreds of Gb of data - dozens of minutes. This hinges on the type and parameters of your hard disk as well as the erasure algorithm being used. The removal of data on an SDD takes much faster than that of an analogous file on an HDD, and the speed of SDD’s performance can noticeably differ depending on model specifications.

Panic Button is capable of destructing encrypted file hosted volumes in a split second, regardless of their size. An encrypted file-hosted volume gets repeatedly damaged to a useless and unrecoverable state, and the data in it are swiftly deleted. This way Panic Button users can remove dozens, hundreds and even thousands of Gb of sensitive information in seconds permanently so that it cannot be recovered in the future. 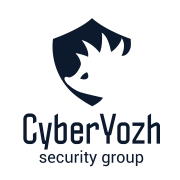